Johnathan, labled the Insecure Heartbreaker is a camper on Total Drama Lakes where he was originally a member of the the Silly Grouses Team before being swapped out with Bryan for the Lost Boys team. He returned as a cast member in Total Drama Reaction, but was eliminated before being placed on a team. He did not qualify to compete as a peasant in Total Drama Village, however he did competed as a tourist and was the central antagon

ist in Total Drama Cross-Country as a member of the Villanous Vipers.

Johnathan is an intimidating looking bully. He is the tallest person on the show and his body is quite athletic and sporty looking. He has short sandy hair which he styles as a fauxhawk. He has emerald green eyes and a goattee. Johant

Johnathan is clearly an unhappy angry person. He's loud and proud while simultaneously he's rude and crude. He has a very short fuse and will NOT be ignored. Although he does display episodes of unpredictable and incurable wrath, it is almost alway

s followed by extreme measures of kindness, or kindness as he would define it. While Johnathan pretends to be a loner, he is actually a social butterfly at heart, at least with those of which he does not deem inferior. While he is very quick to wrath, Johnathan is also very quick to forgive. He littertally deals with his anger on the moment and then moves on, already forgetting said incident by the next hour.

A conservative by nature, Johnathan does not feel comfortable revealing anything of him or of his past. He displays an irrational paranoia of sharring his history with others, and he trusts absolutely nobody but himself.

Despite Johnathan's inherrently poor social skills, he does display a remarkable sense of team coordination, often willing to let bygones be bygones and instead focus directly at the challenge. The only exception to this rule is when he is forced to cooperate with Emily, who he shares an extreme case of what one might call a "Tom and Jerry" relationship with. 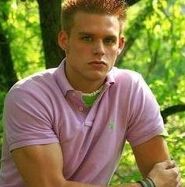 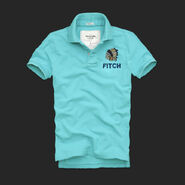 Johnathan's shirt (without the logo, of course). 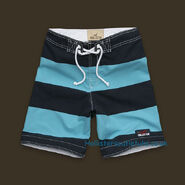 Add a photo to this gallery
Edit

Retrieved from "https://totaldramaparadise.fandom.com/wiki/Johnathan?oldid=4256"
Community content is available under CC-BY-SA unless otherwise noted.