Emily is described to be assertive, high-maintance, selfish, and short-tempered. Selfish to a fault, Emily finds everyone in the game extremelly annoying...especially Johnathan. In fact, one could say that she absolutely hates him. While she is antagonistic, she is not clearly an evil person such as Bryan or Paris. Rather, her antagonistic personality is her competetiveness coupled with her obnoxious selfishness and her refusal to accept anything that does not go according her way. Emily is not afraid to use violance and/or physical violation to have her way, and this is often seen with her tantrums with Johnathan.

Emily could accurately be protrayed as a beach girl. She doesn't have short blonde hair, but short yellow hair which matches her yellow beach shirt. She wears torn short blue jeans and brown sandals.

Write the second section of your page here.

Emily, although she has straighter hair and yellow eyes. 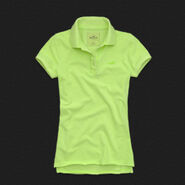 Emily's shirt, althought her's is a T-shirt, and it's pure yellow 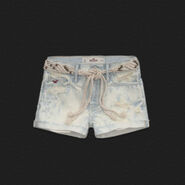 Emily's shorts
Add a photo to this gallery
Retrieved from "https://totaldramaparadise.fandom.com/wiki/Emily?oldid=4262"
Community content is available under CC-BY-SA unless otherwise noted.